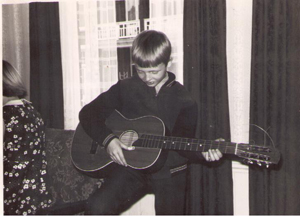 The first time I ever held a guitar was when I was 9 years old, at my uncle's place. Three years later my brother walked in with a guitar and for me that was love at first sight; from then on I spent all of my time playing and practising, which quickly resulted in performances in a variety of bands. 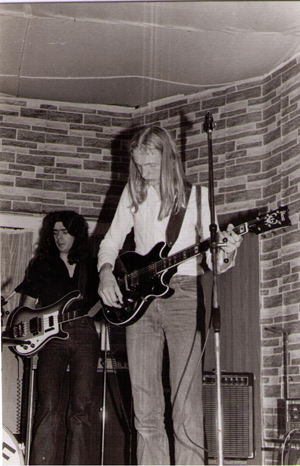 My first teacher, John Eskes, was a great player with an exellent nose for guitars; I can still remember his fabulous Gibson Les Paul "black beauty" of 1955. My second teacher, Ruud Lokhorst owned an exceptionally fine classical guitar by Jaroslav Mach which had a spectacular Rio Rosewood back, a sort of "bearclaw" European spruce top and a very deep and shiny French polish. Beside playing I was getting more and more interested in the way guitars were constructed.

In that same period I read an article about Anno Galama. He was doing a lot of customizing in his shop in Groningen, where he worked on guitars for guys like Jan Akkerman. I became one of his most frequent visitors which allowed me to marvel at all those old Fenders, Gibsons and Schecters. 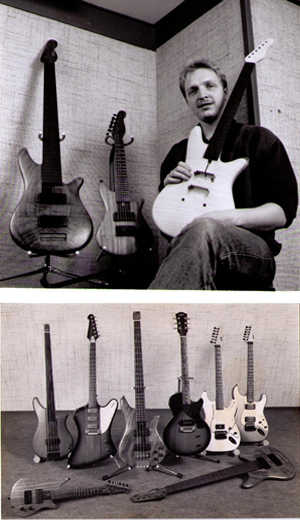 Anno was the one who introduced Bill Lawrence, EMG, Bartolini and Schecter pick-ups to the Dutch market. He proved to be a huge source of inspiration to me as well as a mentor. It was during this period that I started customizing and repairing guitars myself. Work orders kept coming in and this eventually led to the completion of my first guitar in about 1980. After Anno had looked at this he asked me whether I wanted to come work for him. I gladly accepted his offer and worked for him several years. The quality of my guitars improved but the finishing, which I sourced out, had to improve accordingly. I eventually subcontracted that work to Peer Dellen from The Hague. Being the official Gibson repairman for Holland, Peer could be seen as an authority when it comes to finishing. This contact soon led to his request to work for him, so on some point I did the all the woodwork on his guitars and he finished my guitars. We engaged in a very satisfying collaboration for some years. However, the desire for more autonomy gradually arose in me. I needed to develop my own concepts, so finally our roads separated. 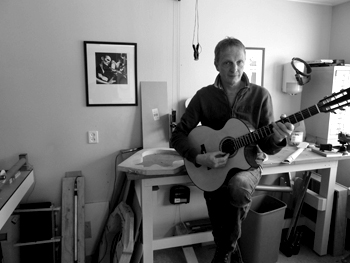 In those days I was doing a lot of experimenting with hollow body's and at some point I realized that I was searching for more resonance than a hollowed-out slab of wood could give me, so I decided to start building acoustic guitars.

To make this switch possible I needed a more professional workspace, so in 2007 we bought our house with workshop here in the center of Heerenveen.